Along with their studies, COSMOS provides many fun activities for students to participate in.

On Saturday, about two hundred students were loaded onto buses and driven to the Santa Cruz Boardwalk, a short distance from the UCSC campus. Each student received a boardwalk day pass, and the option to buy food instead of consuming the pizza provided by COSMOS. One of the restaurants on the boardwalk was Fisherman’s Galley, which served delicious fried seafood like calamari. Meanwhile, Cruzin' Crêpes served sweet and savory crêpes like Nutella & Banana and chicken pesto, as well as greatly anticipated boba. However, according to Allie Huang, the “boba and fruit tea is beyond disappointing”. In addition to the many restaurants, the amusement park boasted a multitude of rides such as the Double Shot, a drop tower that offered a great view of Santa Cruz (as long as you aren’t afraid of heights), Sky Glider, a mimic of ski lifts where hyperthermia was a real possibility, and Logger’s Revenge, a water ride where the back seat was by far the popular choice to avoid being drenched. The boardwalk also contained a casino arcade, which had many games like air hockey, Candy Crush, Star Wars battle pod, mini-golf, and laser tag; however, taking part in either of the latter two activities would set you back seven dollars. Besides the attractions, the boardwalk also had numerous stores: the Sun Shops sold essentials for beach-goers, while the Octopus garden displayed a variety of sunglasses and Santa Cruz merch like hats, clothes, and jewelry. Overall, COSMOS students had a blast at the beach and it was an unforgettable day for all. 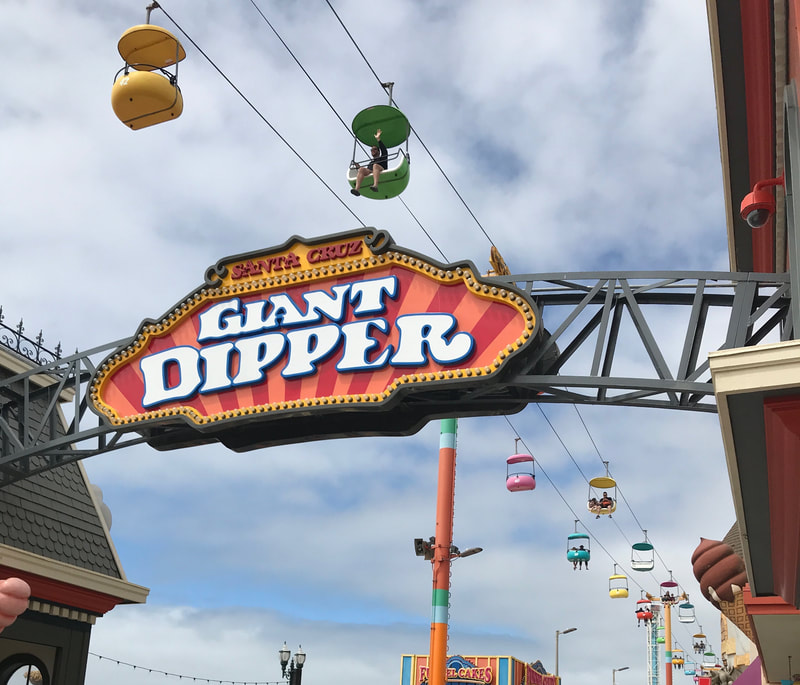 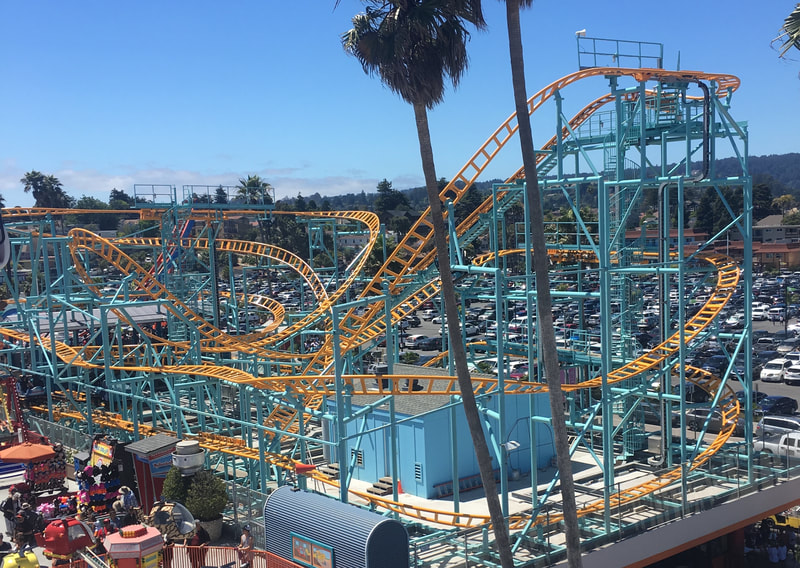 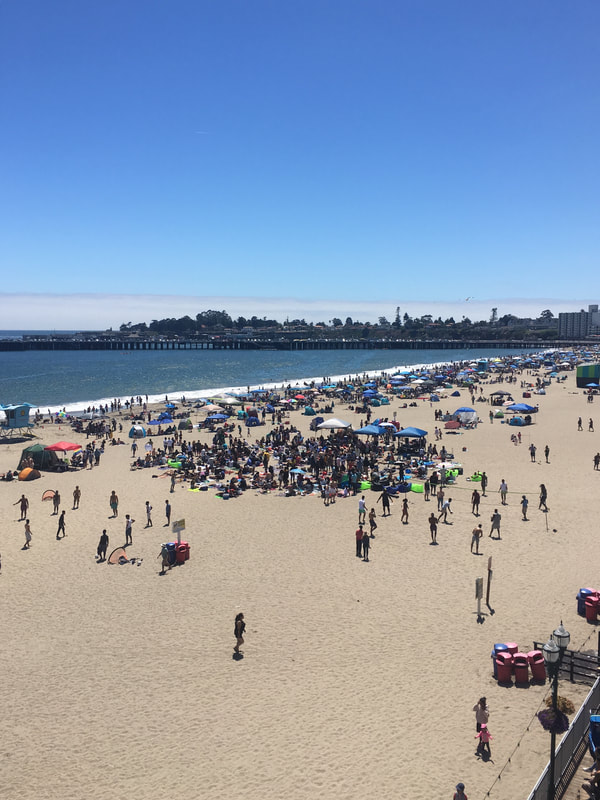 *Note: The term “COSMOS cops” refers to the COSMOS staff (including, but not limited to, RAs, CRAs, CREs, and Raul)

If you were to ask me what the most difficult part of COSMOS is, it would have to be the schedule. Aside from the many hours of lectures and activities, the most gruesome part of the experience is the early mornings. As a person who takes pleasure in waking up late, the eight o’clock breakfasts were a jarring shift from my daily routine— and I imagine the same would go for any other late risers at COSMOS.

However, after powering through the first week of grumpy mornings and missed alarms, we adapted. We made it. And we celebrated with a day at Cowell Beach, basking in the grossly incandescent sun and kayaking our worries away. Fun and refreshing, there was no way for such a day to end on a bad note.

Or so we thought.

As the sun set and night fell upon the hilltop campus, the clusters gathered in the quad, excitedly chattering about the day and speculating about evening activities.

Suddenly, the sound of a megaphone pierced the air, carrying a familiar chant.

With our attention, the COSMOS cops began to give their regular announcements. Nothing really interesting or important. Until one announcement caught the attention of us all.

​Silence, then a collective groan. That was not COSMOS cool. And no one was happy.

Aside from the sudden change in our routine, another week of torment and suffering would come to pass due to the hour deficit in our sleep schedules. Although an hour may seem small, with it came many consequences:
“Our schedule is never right.” - Kevin Wang, Cluster 9

Ironically, we received a lecture given by Dr. Carrie Partch on the circadian rhythm, a physiological process related to sleep, the following Monday morning. Among what we learned, the most important information was that disruptions to the circadian rhythm could lead to increased risks for various diseases, obesity, cancer, and— most concerningly— death. Although death has not been observed in humans so far, it is important we apply results from mammals to human models and assume the risk always exists.
In short, the shifting schedules posed a danger no less than death. Although this conclusion may seem extreme, I assure you this is the absolute truth.

To demonstrate the effects of the shifting schedules, I shall provide a quote from my roommate given in his sleep-deprived state.

“Bob is a legend. All must praise Bob” - Brent Liu, Cluster 1

Here, Brent promotes the cult of Bob. COSMOS cults are one of the major cardinal sins. Just below sleep deprivation.
​