Sudhir Vasudevan gave life to COSMOS. Standing at a mere 5’4, he worked hard to earn his respect in cluster 9: machine learning and natural language processing. Yet, despite his small stature, Sudhir had a huge presence. Not only was he a passionate coder and a technological genius, but he was also a stellar comedian. Sudhir made everyday chaos with his silly jokes coupled with his short attention span and repeated failure to shout his number during attendance. Quickly, however, annoyance turned into amusement. Cluster 9 began to adore his presence as he was truly one-in-232. Sudhir made lecture after lecture bright in the reception-less McHenry Library basement.
Sudhir was a treasure to more than just Cluster 9: he touched the hearts of every cosmos disciple. From the quietest kid to RA’s and even Raul himself, everyone had a funny story about Sudhir. Known for his infamous “ye ye huh’s” and loud, kind of obnoxious singing, Sudhir held a special place in everyone's heart. Filled with a seemingly endless, contagious, and buoyant energy, Sudhir's annoyingly lovable personality made cosmos a better place to be.
Departing far too early, he will be dearly missed by the COSMOS community. In the week and a half without Sudhir, one can only imagine the countless memorable memories he would've created. Nevertheless, he left behind huge 5’4 footprints of humor, fun, and happiness. We, and especially Cluster 9, will never forget this small, Indian boy who bettered our COSMOS experience. 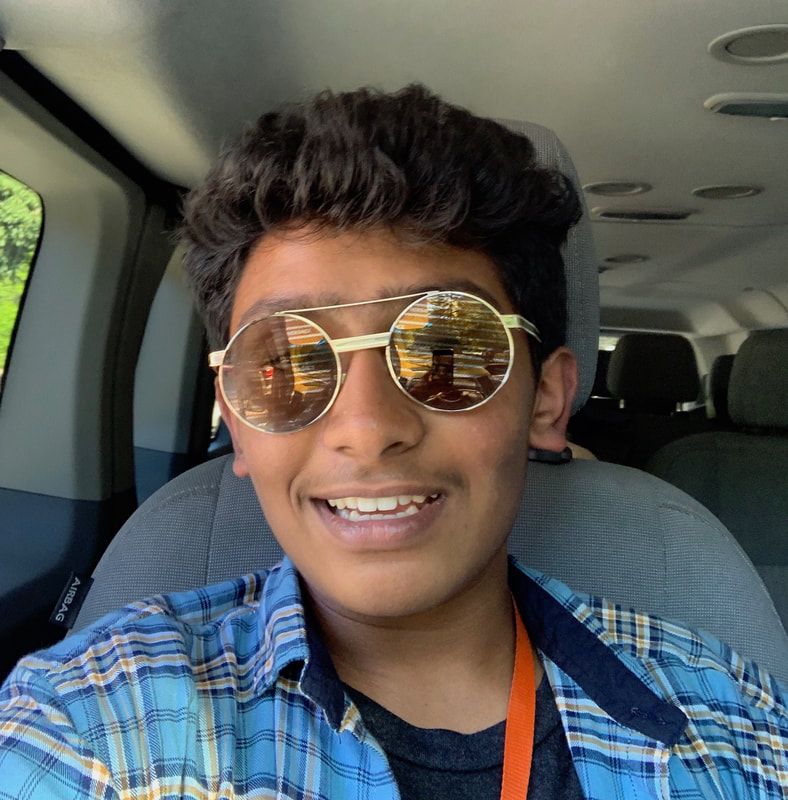 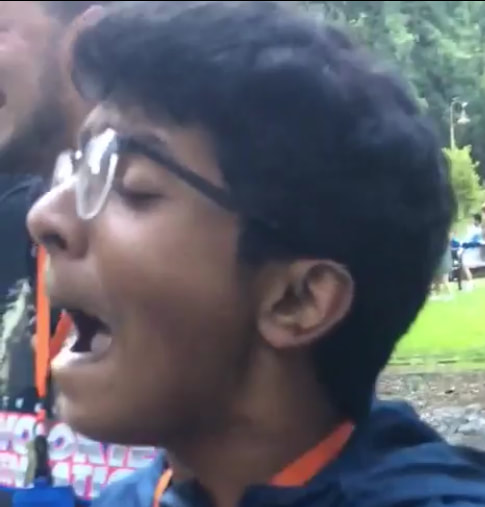 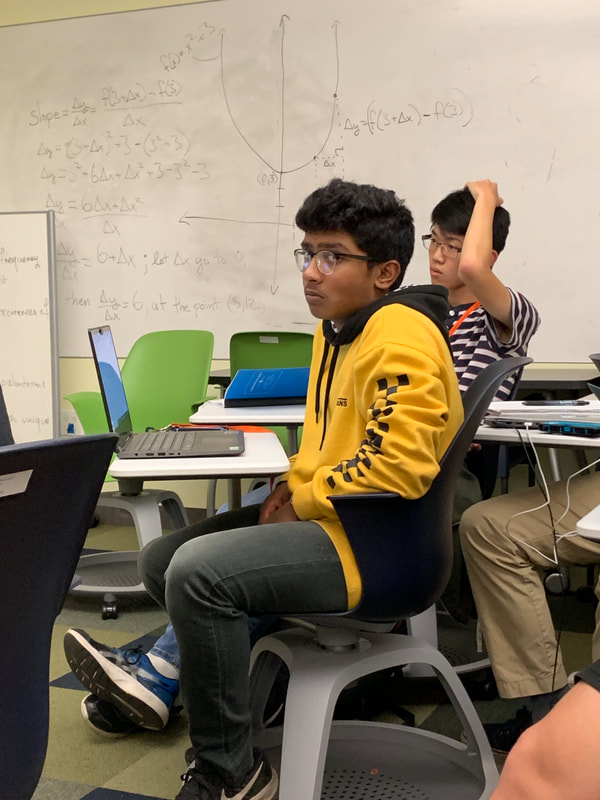 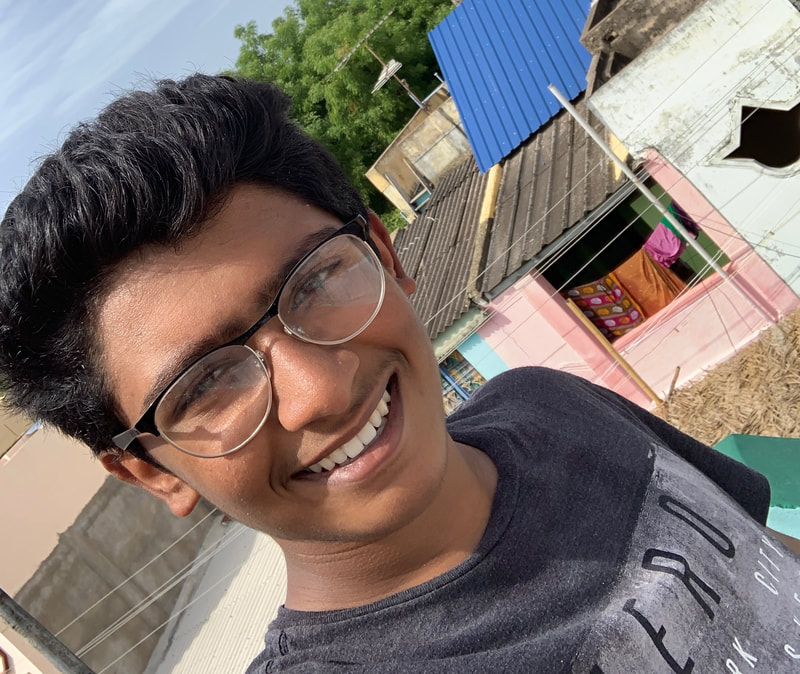 This Friday, Clusters 2 and 10 had the chance to go on a field trip to the Googleplex in Mountain View. After spending about an hour on the bus, we entered the Google headquarters and found a room setup with tables bearing different types of cookies: oatmeal raisin, snickerdoodle, and chocolate chunks. We helped ourselves to the food, not realizing that it was supposed to be eaten later during a small break in the schedule. The host of the event, Yaowu Xu, gave a quick introduction of the company and a look at the schedule for the day.
Another employee stepped up to talk afterwards, giving a lecture about the types of jobs at Google and giving some requirements for each. She talked about what working at Google was like, emphasizing the diversity and uniqueness of its employees, and went over the company’s mission statement and what it entailed. The next lecture was about the magic of computer science and answered questions such as “what does a computer scientist do?”. We learned about the different types of computer scientists and watched some short videos that showed real-world applications of computer science. Following the lecture was a short snack break (unfortunately, without any snacks).
Finally, before we left for lunch, there was a chance to ask a panel of Google employees our questions. Through their answers, we learned what a typical day was like for them, what they enjoyed about working there, etc. We then made the trip to Google’s cafeteria, a large building with many different stands set up, each serving a different cuisine. Although it was unbearably hot, we enjoyed the food, one student even describing it as “UCSC’s cafeteria on steroids”.
We wrapped up our visit with a very short tour of the campus before ending up in the Google gift shop. Here, we bought our very own Google merch (including stickers, socks, hoodies, and t-shirts) before heading outside to the Android Lawn Statues, where we took pictures in front of the various dessert-themed sculptures. 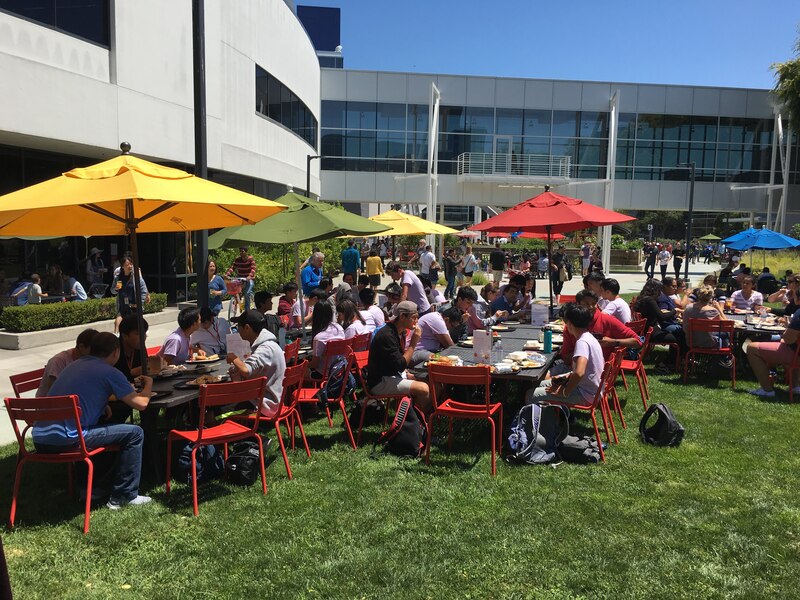 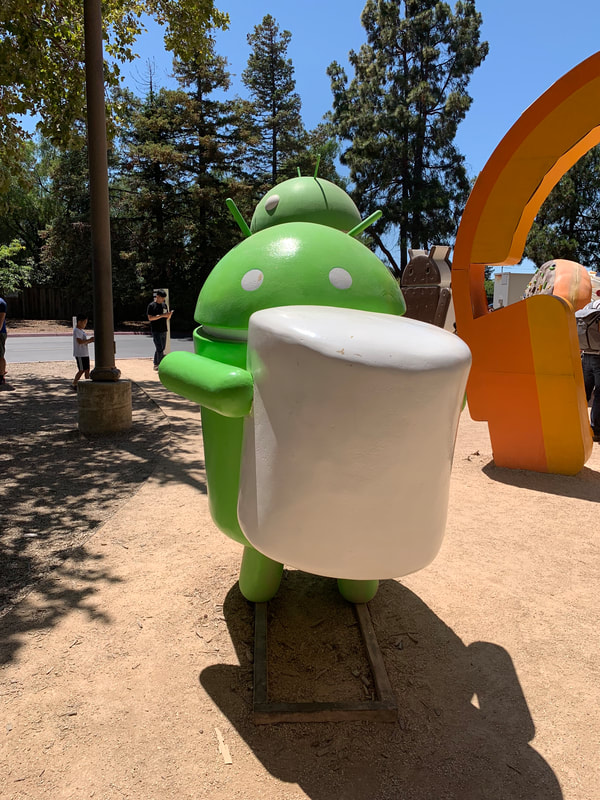 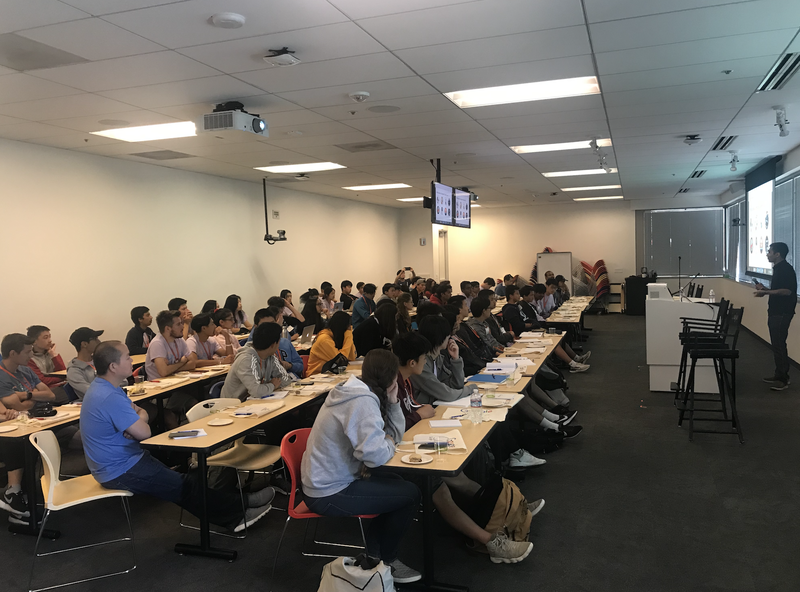 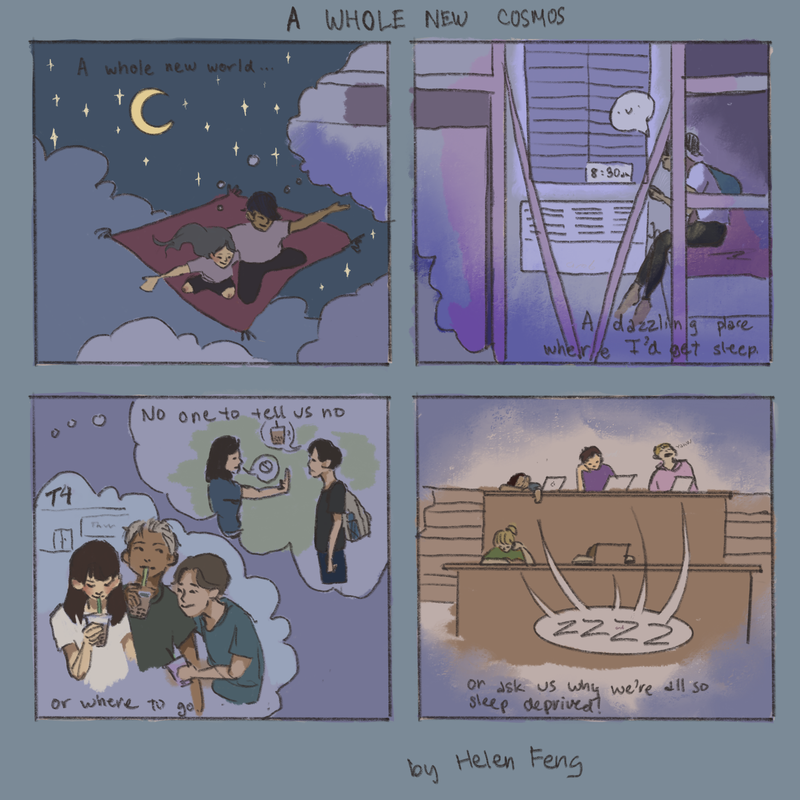 An Interview With the Owner of @cosmosconfession
Conner Yin (Cluster 5)

Cosmos Confessions. It seems like almost everybody’s heard about it at this point. But who’s running it? What are their thoughts? I thought I’d slide into cosmosconfession’s DMs and have our burning questions answered.

What is Cosmos Confessions?
“COSMOS students can send in confessions, compliments, crushes, and anything else  anonymously through a website called Tellonym. They’re then posted to the Instagram account, typically in small batches.”

Where did you get the inspiration for the account?
“I was showing a couple of my friends the confessions account for my school and they suggested that I should make one for COSMOS. Since COSMOS students are very academically focused, I thought a confessions account could be a fun way to lighten up the mood, even though there are no COSMOS couples, of course.”

How many confessions do you get a day?
“At the time of this interview, I have about 200 confessions, so I would say approximately 20 or so every day. Honestly, I probably only spend 10 minutes a day or so because all I need to do is filter out the negative ones, screenshot the remaining confessions, and post them on to Instagram.“

You mentioned filtering out negative confessions. How often do you have to filter them?
“Unfortunately, a good chunk of confessions I get are either inappropriate or negative. COSMOS Confessions hasn’t and never will post these sorts of confessions because the entire goal of the account is to promote positivity and a little entertainment among students. Of course, I’m willing to take down any post if I’m given reasonable justification.”

Favorite confession you’ve seen so far?
“One of the confessions dubbed the “dining hall squirrel” the name “Chonky”, which I thought was hilarious. I’ve noticed several other people also using the name so it’s amazing how much  influence the account has.”

What will happen to COSMOS Confessions after COSMOS ends?
“Perhaps it could become a way for COSMOS students to organize reunions since we’ve grown such an amazing community here. Maybe we can also begin allowing post-COSMOS couples ;)”

How are you finding COSMOS so far?
“Honestly, it’s been a really life-changing experience for me. Back at home, everyone is kind of set in place with their friend groups, but here it’s so easy to meet new people and I love getting to learn from people that have different backgrounds.”

Any advice for your fellow COSMOS peers?
“The only thing you should be doing in your childhood is studying. Talking with other people is an utter waste of time and every single possible second of your free time must be put towards education - totally not sarcasm.”

We’ve seen other people’s confessions. Do you have anything you personally want to confess?
“Nah.”

Any hints to your identity?
“I’m Asian. I hope that helps.”