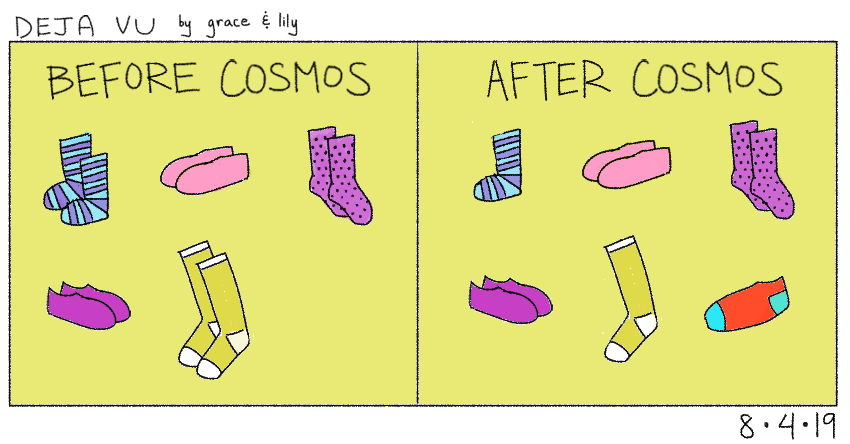 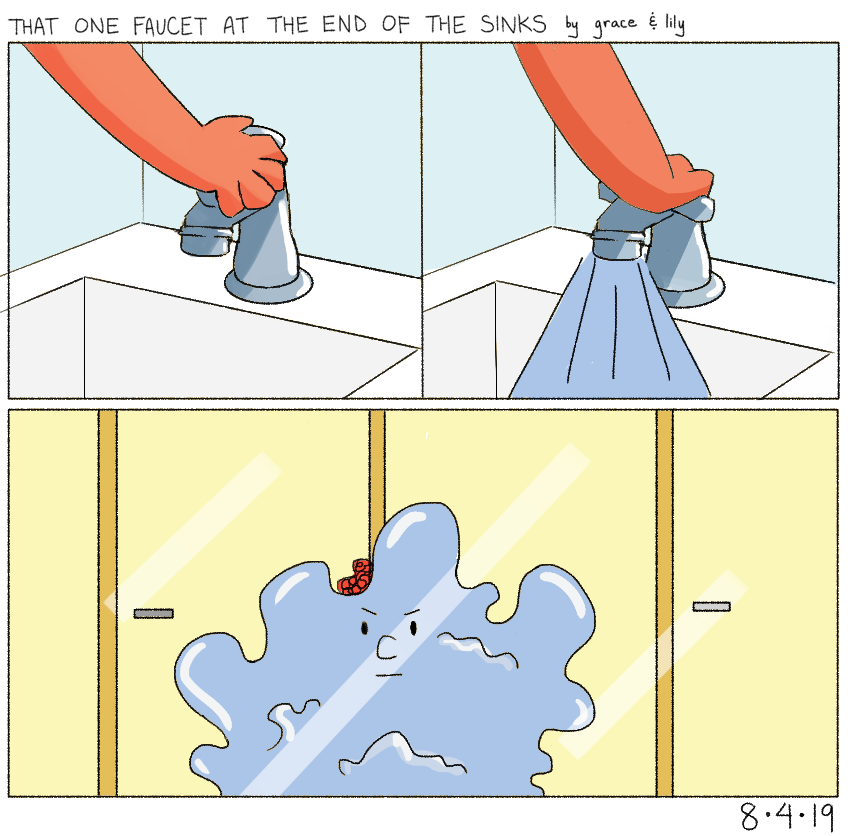 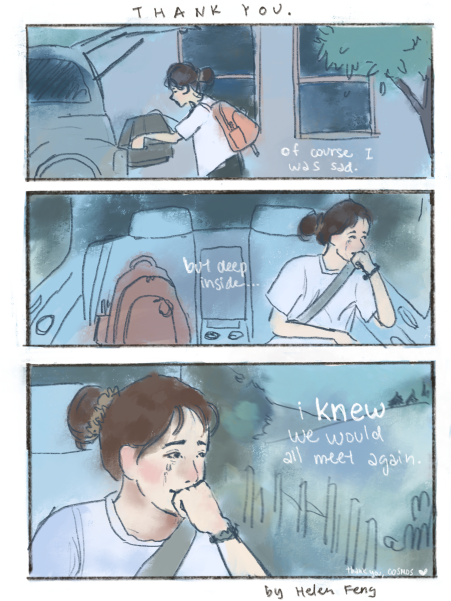 On Monday, Cluster 9 had the opportunity to go on a field trip to Microsoft’s Sunnyvale campus. After an hour-long ride, we arrived at a large complex with eight story buildings that were shared between Google, Microsoft, Amazon, and other tech companies.

We had three sessions planned out for the field trip. First, we had a lecture on putting the theory of AI into a product. The employee discussed his Bachelor’s thesis, in which he built a classifier that can detect hip fractures better than an experienced radiologist. We learned about the complexity of real life data and how to apply machine learning theory into a product. Next, we had a lecture on the history of AI. We learned how the field of machine learning grew in the 1990s, deep learning (neural network field) grew in the 2000s, and how right now AI (ethics, research, fairness, etc.) is popular. We also learned how the field was able to progress due to the increase in computational power, big data, and tools that enabled everyone to experiment with AI. Overall, these lectures helped us better familiarize AI and its applications.

Lastly, we went to the Garage Makerspace, where the engineers provided demonstrations of the technologies they worked on. Upon entry to the Garage, we were surrounded by 3D-printed objects, whiteboards filled with designs, and in the corner, an enclosure with a laser cutter. Our cluster split into groups, with one first going to the enclosure and the other towards a TV that showed the camera output of their new and yet to be released HoloLens 2. In the enclosure, Cluster 9 disciples watched the laser cutter make a keychain tag in mere seconds. Afterward, we were presented with personalized nametags, but “Jhonathan” had his name spelled wrong and got another one. The second group got to use the unreleased HoloLens 2, a mixed reality smart glasses that allowed interaction with holograms that only the user could see. Unlike virtual reality headsets, the user is aware of the environment around them so they don’t have to worry about bumping into objects in their surroundings. What was most fascinating was watching how the holograms could interact with their surroundings as well, like a chameleon on a bicycle who could bike all over the floor of the room while avoiding obstacles. Watching these technologies in action and testing them out helped us better understand the importance of AI and its usages.

Kaptivated by K-pop
​By Edmund Xin and Richard Chen

Who knew that a STEM camp would evolve, or should I say, devolve into a K-pop fan fest? Throughout the entire COSMOS experience, we have discovered each other’s interests and bonded over them. Well, for Cluster 9, a series of unfortunate events led to a K-pop infatuation of the largest degree. Without the seemingly unhealthy obsession Angela has with BTS (a Korean boy band), perhaps our cluster would never have fallen down the deep K-pop holep. Counterintuitively, Angela’s constant ranting, singing, and dancing to BTS actually led many Cluster 9 students to enjoy (or become disgusted by) this unique music genre.

But this wasn’t all. Combined with Evan’s addiction to K-pop rhythm games, the K-pop fever peaked with the spread of SuperStars iOS (think Guitar Hero meets hot K-pop stars).

Forget about lectures on Machine Learning and Natural Language Processing; instead, Angela educated us on Jungkook’s well-defined abs. On an unrelated note, several unnamed Cluster 9 students took on an extreme ab workout starting in the midst of COSMOS week 2.

“There’s no way your abs will ever be as good as Jungkook’s!” Angela would constantly remind them.

This obsession with K-pop and Korean culture in general even sparked a movement within the boys to learn how to speak Korean. So while Professor Allie taught Angela how to say, “be my husband Jin”, some of us opted instead to learn life-saving phrases such as, “where’s the restroom?” or bantering phrases like “you are dumb and an idiot”.

Finally, four weeks of exploring music, sharing “biases” (favorite member of a given band), hating, loving, and a whole lot of intense debate has come and gone. Now, with a mere 48 hours left at the writing of this article, we announce sorrowfully that the question “will Cluster 9 students’ abs ever be able to overcome Jungkook?” will never be answered.

Chonky The Squirrel
By Natasha Lal and Katie Guo

A familiar shadow waddles across the dining hall patio — Chonky has made an appearance once again. Even with all eyes on him, he nonchalantly weaves in and out of the tables, scavenging for food.

Nicknamed “Chonky” by COSMOS students because of his thicc figure, the resident dining hall squirrel has become a favourite pet of everyone on campus. Standing at around eight inches tall, with massive legs and rolls for days, he is an absolute unit.

We can only assume he’s reached this colossal state through the daily consumption of our leftovers. While the dining hall birds merely peck at crumbs, Chonky goes full Chad on pieces of bread, lettuce, and pizza. In fact, that’s not the only way he asserts his dominance.
Recently, students have spotted Chonky with a lovely lady squirrel, one beautiful beau. It’s clear as day that he’s “pulling,” and frankly, we couldn’t be more proud of our furry friend. Chonky’s figure crushes the competition, so he has no squirrel to be jealous of. However, other squirrels have given students quite a scare.

About a week ago, a dead squirrel was found in front of our dining hall. Naturally, many COSMOS students thought that our Lord and savior, Chonky, had fallen at the cruel hands of Mother Nature. However, upon closer inspection, it was clear that the rotting warrior was far too scrawny to be our favorite dining hall squirrel. His tail was nowhere near as bushy as Chonky’s, and his thighs left something to be desired.
We can only hope this means that Chonky is still alive and kicking. Students fondly look for their beloved buddy on the dining hall patio, hoping to catch a glimpse of the majestic beast before they leave COSMOS. As Kashyap Chaturvedula of Cluster 10 so eloquently summarizes, “Chonky is a good squirrel.” Our memories of him will live on, but one thing is clear: our lives won’t be the same without Chonky. 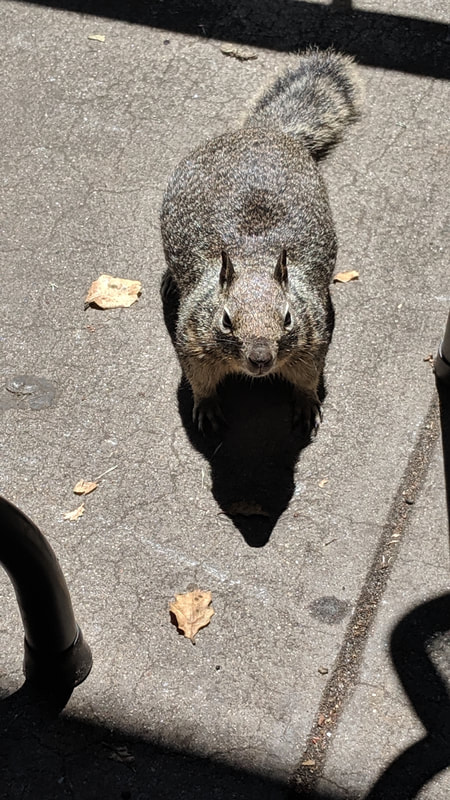 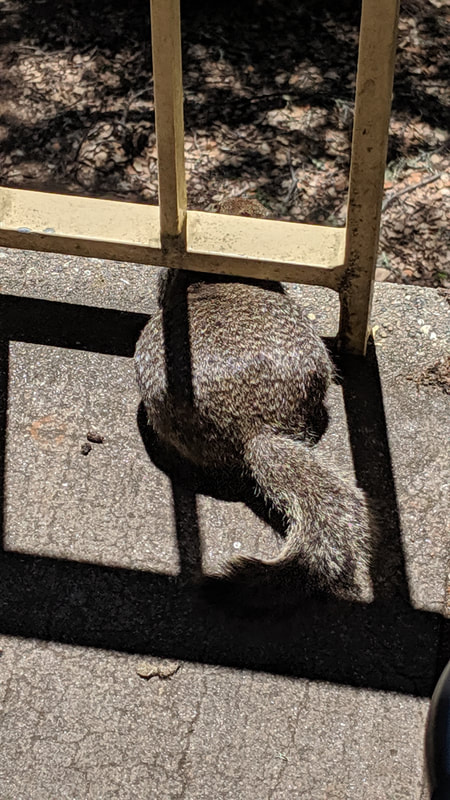 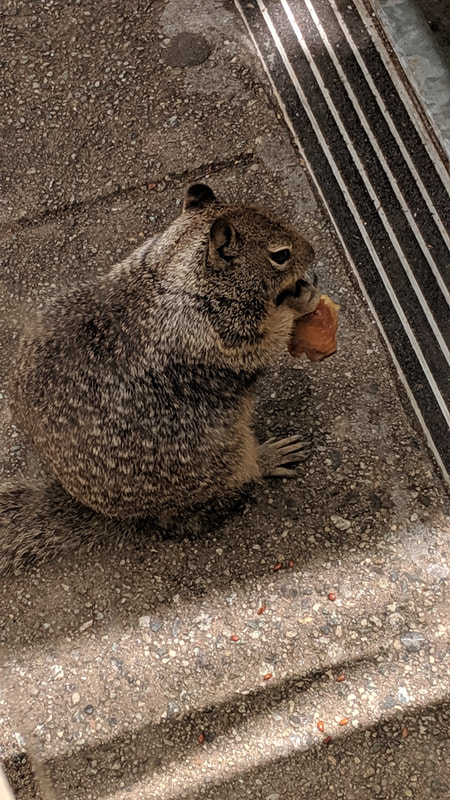 My COSMOS Experience
By Elliott Kau

“Why don’t you go talk to that kid? How are you going to make friends at COSMOS if you are too afraid to approach them?”

I responded to my mother with excuses like “Their parents are still with them”, or that “people would find it awkward for others to approach them day one”. However, in the back of my mind I was having doubts too. I was in a whole new environment, surrounded by people I did not know at all. Would I be able to form close bonds with others in this cold, elite academic landscape?

Thankfully, those doubts could not be further from the truth. Even by the end of the opening day, I had already talked to and made connections to some of my cluster mates, and by the end of the first week at COSMOS, I had already formed a close-knit friend group. Aside from eating together, discussing topics during class and joining the same recreational activities, we also watched movies (Your Name, Dhoom 3, etc.), played video and card games (We played so much “Bang!” that calling that one hour of freedom “study hall” was an outright lie), and realized that our time together was enjoyable but so ephemeral at the same time.

Of course, considering that we did almost everything with the rest of our cluster, we were all able to bond with the rest of our class very well, so much so that it was our “COSMOS family”. Whether they were rabid K-pop fans, had an interesting byname with a “complicated backstory”, or were simply loud and comical, everyone brought their own quirks and charms to complete the group. Our cluster learned together, walked around together, and just had a good time together. I was still able to meet people from other clusters, whether it was from dorms, evening activities, or even the COSMObile (it’s the car the injured kids were driven around in). From them, I was able to learn about their cluster experience, such as what they’ve learned, what their classes were like, or maybe any notable people/events in their cluster.

As my COSMOS experience comes to a close, and as I think back on these amazing four weeks I have been through, I would like to thank everyone. Thank you to my friends, who were always there for me through the thick and thin of COSMOS. Thank you to Cluster 9, including the teacher fellow and RA’s, for making this the best class I have ever had. And thank you to everyone at this program for giving me this unforgettable ride through COSMOS.

July 26, 2019. It was a beautiful day, but little did Cluster 1 know, there would soon be clouds of chalk marring the otherwise clear air. The afternoon started off relatively simple. All we had to do was create as many numbers as we could think of using four 4s with any operation. Students hurried around the class in search of an empty space on the chalkboards to brainstorm possible numbers. From 0 to 68 to 666, the possibilities were endless!

Of course, order can only exist together with chaos. Perhaps it started with someone dropping the chalkboard eraser or leaving a handprint on someone’s shirt. Nevertheless, chalk powder was thrown as if it were confetti into people’s hair, and shirts were adorned with chalk designs. The ‘Bruh’ Theorem thankfully remained untouched by the chalk war. The complete graph of 42 vertices (K-42), a beautiful mathematical shape, was morphed into a nightmarish face paired with an abnormally disproportionate body. Amidst the war, several students—unfazed by the chalk--stayed true to the problem and continued to calculate new numbers.

The following Monday, we united as a class to clean the fallout from the Great Chalk War. The physical remnants of the Great Chalk War may be erased, but the memories from that day will live on forever. What started as a harmless problem escalated into what will go down in history as the most chalk-full event of the century. 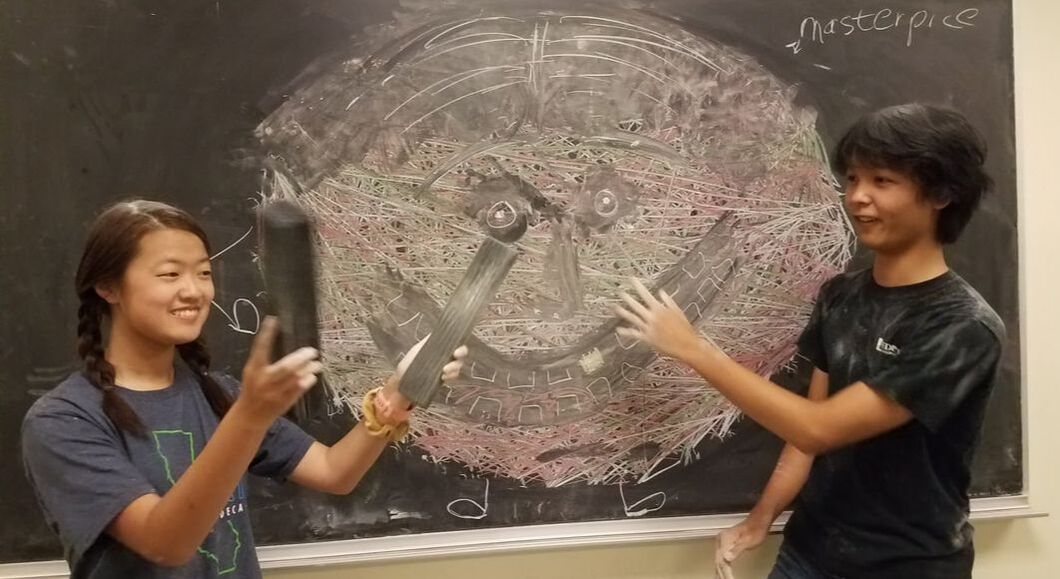